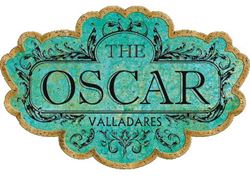 The Oscar Habano by Oscar Valladares Tobacco & Co. is perhaps the company's premiere offering. The cigar debuted in the summer of 2016, sporting a bizarre appearance that has become known as the company's signature look.

Quick to stand out in any humidor across the country, The Oscar Habano forgoes the commonly found cellophane protective sleeve, instead being packaged in an additional layer of raw tobacco! This leaf—a bright shade of Candela-green—is wrapped around a beautifully rolled interior, providing both protection and an added layer of complexity from the Candela leaf's natural oils. While newcomers of this unusual cigar are quick to exclaim its rough appearance, they are quickly turned around when the underlying cigar is unsheathed, reveling the flawless construction of The Oscar Habano.