San Pedro de Macorís Sun Grown expands on the popularity of the price-conscious San Pedro de Macorís collection, which first debuted in 2018. The cigars are a pet project of parent company, Royal Agio Cigars. While the Netherlands-based company is best known for its machine-made cigarillos for the European market, they have recently delved into the sphere of premium-cigar craftsmanship—producing hand-made cigars at their Agio Caribbean Tobacco Factory in the Dominican Republic.

Years in the making, San Pedro de Macorís is named for the city in where the Agio Caribbean Tobacco factory resides. Here, a highly specific core recipe was devised, allowing for extremely flavorful experiences that are unfathomably priced in the $5 range! San Pedro de Macorís Sun Grown includes the same magic recipe, based around a Dominican Olor binder and high-priming fillers of Dominican (Olor and Piloto) and Brazilian (Mata Fina) origins. These tobaccos have been paired with a new signature ingredient of Ecuadorian Sun-Grown Habano (used for the wrapper) and Nicaraguan viso (added to the filler blend), making for a classic and brilliantly spicy rendition of the impressive San Pedro de Macorís experience. Smokers can expect a medium-plus body and loads of flavor from start to finish, including zesty qualities of cabinet spices, cinnamon, black pepper, classic leather, cedar, and baker's cocoa. 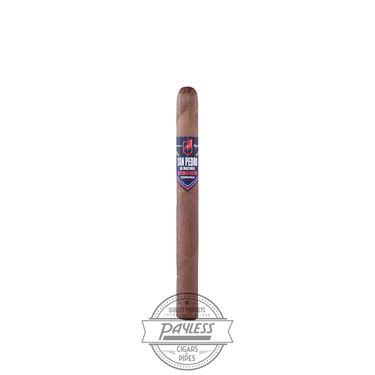 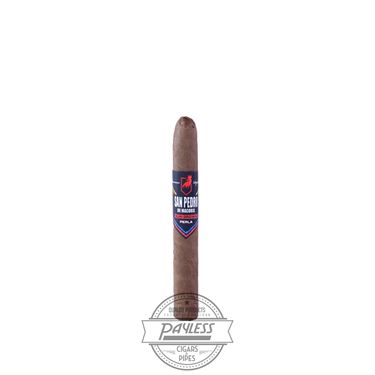 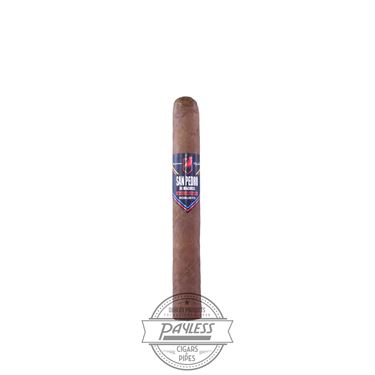