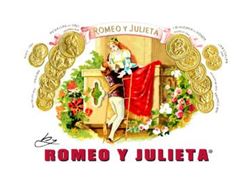 One attribute that virtually every Nicaraguan puro ever rolled shares in common is this: none incorporate Connecticut-seed tobacco. This is due to a variety of reasons, some of which include Nicaragua's fiery soil (thought to be best suited for more robust tobaccos), or the fact that the United States' Connecticut River Valley and Ecuador's natural cloud coverage have consistently churned out Connecticut tobacco for decades on end.

Then along comes the Romeo y Julieta 1875 Nicaragua Connecticut cigar, upending conventions and introducing an all-Nicaraguan blend with a stunning Nicaraguan-grown Connecticut Shade wrapper. This was accomplished through the partnership with the famed Plasencia family of tobacco growers, shade-growing Connecticut seed on one of their Nicaraguan farms and aging the leaves for three years prior to being rolled.

What does the Romeo y Julieta 1875 Nicaragua Connecticut cigar taste like?