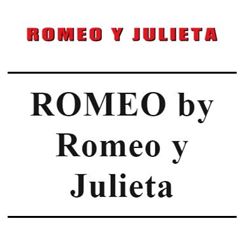 Romeo y Julieta is one of the oldest names in the world of premium cigars, beginning in Cuba in 1875. And while the cigars remain one of the best-selling brands in the world (including both Cuban and non-Cuban versions), it became apparent that a more bold and modern experience was needed to stay relevant with the next generation of cigar enthusiasts and ROMEO by Romeo y Julieta was born.

ROMEO begins with an all-new look/feel. Replacing the classic and ornate bands are large, flat, and bold bands that read simply, “ROMEO.” For the blend, the cigars offer a similar makeup (at least on paper) to the original RyJ, using an all-Dominican filler recipe; the biggest difference being a new, Select Dark Habano wrapper from Ecuador. Due to higher primings of Dominican Piloto and Olor tobaccos in the filler/binder, ROMEO takes the mild/medium experience of the original RyJ and amps it up to medium/full! The resulting smoking experience is brimming with rich notes of aged tobacco, cabinet spices, toasted nuts, and a touch of cinnamon sweetness.

In its launch year, ROMEO by Romeo y Julieta received an impressive 94-point score from Cigar Aficionado, eventually going on to claim the magazine’s No. 3 Cigar of the Year for 2012!