Over the years, Rocky Patel has been known to celebrate the various dates and anniversaries near and dear to the Rocky Patel Premium Cigars company, be it a special crop year, a decade (or more) in business, or birthday. The latter holds true with the Rocky Patel Fifty cigar, which was released in 2011 to celebrate Rocky's 50th birthday.

When the cigar launched, it was (and still is) the most expensive, luxurious cigar from the company to date. The cigars were rolled in three sizes, limited to only 2,000 boxes per size. The cigar was, unsurprisingly, a hit, going on to receive an impressive 93 rating from Cigar Aficionado, as well as ranking as their No. 8 Cigar of the Year for 2012. This led to the return of the Rocky Patel Fifty cigar in 2017, showcasing the same tobacco recipe and ongoing production—now limited to a singular toro format.

The blend consists of select tobaccos from the Plasencia family's famed Nicaraguan farms, used throughout the filler and double binder. This hearty concoction is then finalized in a dark and oily Ecuadoran Habano Oscuro wrapper, harvested from the higher primings of the tobacco plant.

What does the Rocky Patel Fifty cigar taste like?

The Rocky Patel Fifty cigar tastes like what you imagined cigars would be before you got into the hobby... That's right, classic, robust flavors abound, including medium-full-bodied characteristics of toasted oak, aged leather, cinnamon nuts, and freshly roasted coffee beans. 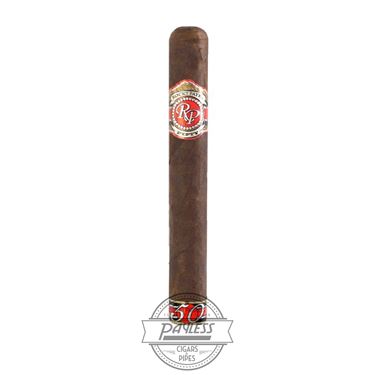