Ten years after Rocky Patel debuted onto the premium cigar scene—during the peak of the great cigar boom of the mid-‘90s—the company celebrated their milestone anniversary with a special cigar blend, fittingly dubbed “Decade by Rocky Patel.”

For Decade, Rocky Patel secured a special selection of Sumatra-seed tobacco from Ecuador. This is the cigar’s chef d'oeuvre, offering a smooth and golden brown wrapper that truly stands out in a humidor. Underneath, Decade incorporates a fiery blend of Nicaraguan long-leaf filler, giving Rocky Patel Decade a rich, yet balanced and subtly sweet smoking experience.

Rocky Patel Decade has received ratings as high as 95, earning the cigar a spot on Cigar Aficionado’s prestigious Top 25 Cigars of the Year list in 2008 (ranked as #15). Decade was described by CA, “a balanced and elegant smoke, which has a creamy texture with black cherry notes and a nutty finish.” 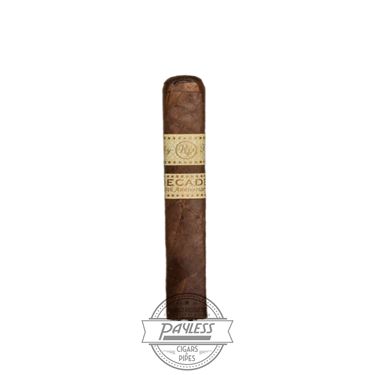 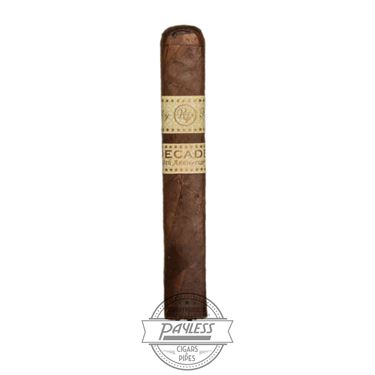 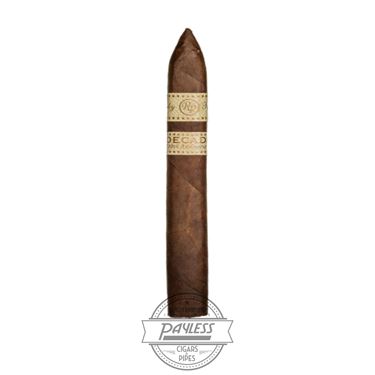