Fans of Rocky Patel Premium Cigars know the company isn't one to shy away from anniversaries, birthdays, or any other milestone within reach. In 2015, Rocky followed popular releases such as RP Decade and RP Fifteenth Anniversary, continuing the five-year schedule with the RP Twentieth Anniversary—celebrating 20 years in the premium cigar industry.

While the cigars were originally intended to be offered in natural and maduro varieties, the maduro-wrapped cigars needed more age, and the company pushed the cigars' release back by two years. In 2017, the Rocky Patel Twentieth Anniversary Maduro made its official debut.

Twentieth Anniversary Maduro uses the same binder/filler recipe as its sibling, offering some of the finest Honduran (binder & filler) and Nicaraguan (filler) tobaccos at the company's disposal. Of course, it's the wrapper that sets the blend apart, showcasing a dark and oily Honduran maduro leaf that has been grown in Honduras' famed Jamastran Valley. This finishing touch takes the already-impressive Twentieth Anniversary blend to new heights, offering a medium/full body and rich flavors of mocha, espresso powder, earth, black pepper, grilled steak, and sweet molasses on the finish. 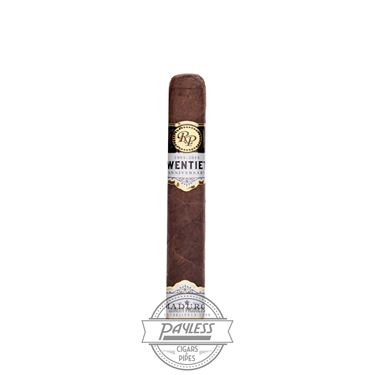 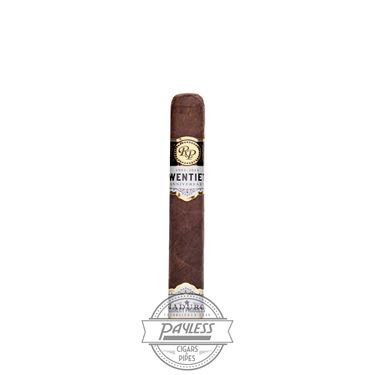