Differing from the classic, Cuban-esque nature of many of Quesada's core lineup, the Quesada 40th Anniversary (Q40) is spearheaded by Manolo's daughters, Patricia and Raquel, made to commemorate their father's milestone anniversary. The cigar's blend and shapes differ as well, incorporating a robust blend that is highlighted by a Mexican San Andrés maduro wrapper. To advance innovation looking towards the future, limited sizes have been rolled in atypical shapes, such as the Q40 Salomon Press—made to mimic the landscape of the Dominican Republic's Cibao Valley.

With a robust blend of Nicaraguan and Dominican tobaccos in the filler, a Dominican binder, and a San Andrés maduro wrapper, the Q40 offers a medium to medium-plus body and thrilling flavors of cocoa, leather, dark caramel, raisins, and coffee. 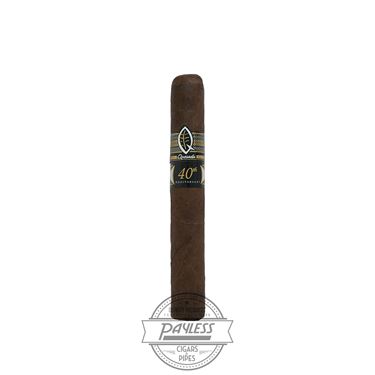