Outside of Cuba, the Punch cigar brand has been nearly synonymous with full-bodied Honduran smoking experiences, being one of the first brands to pioneer both of these attributes since the 1960s. But over the years the market caught on, and the full-bodied profiles of yesteryear are now the medium-bodied profiles of today. Not one to sit idly by while modern brands redefined the style they helped to usher in, Punch partnered with A.J. Fernández to craft a sinister smoking experience known as Punch Diablo.

Punch Diablo marks the first time the brand has moved out of its home of Honduras, trusting Fernández and his acclaimed factory in Nicaragua to pay tribute to the brand's heritage, while offering something new and exciting. This was accomplished through a diverse, four-country blend, including select tobaccos that have been aged a minimum of four years. The blend begins with Nicaraguan and Honduran fillers, each aged four years. This core has been bound in a six-year-aged Connecticut Broadleaf wrapper and finalized in a dark and oily Ecuadorian Sumatra Oscuro wrapper (aged four years).

The end result is a heavy-hitting smoking experience that is as exciting as its all-star recipe suggests! Punch Diablo lights up with a fiery punch to the face—unloading with pepper, charred wood, and roasted nuts; the experience later opens up to include complexities of black cherry sweetness, black pepper, and black licorice. The cigar has strength and body, of course, but it's the gushing flavor that allows the former two aspects to shine, brilliantly firing on all cylinders from start to finish. 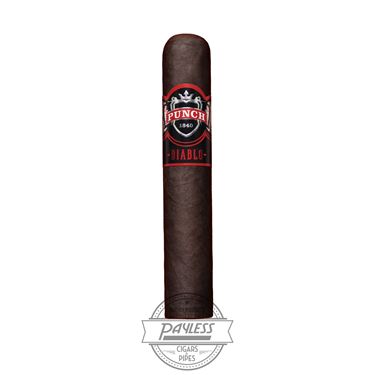 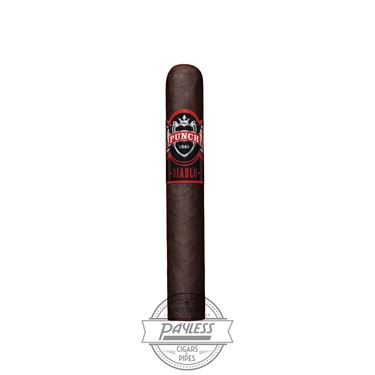 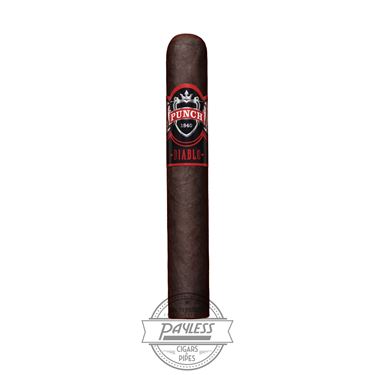