Protocol Themis (aka Protocol "Gold Label") is the third blend in the growing collection of cigars from the fan-favorite Cubariqueño Cigar Company. Continuing the law-enforcement theme of Protocol cigars, Themis is named for the ancient Greek Titaness of the same name, representing divine order, fairness, law, and justice.

The cigars were introduced in 2017, filling the only glaring gap in the Protocol lineup: a mild to medium-bodied smoking experience. To accomplish this, Cubariqueño partnered with the La Zona factory in Estelí, using a golden-hued Ecuadorian Connecticut Shade wrapper over an all-Nicaraguan binder/filler blend. This makes for a robust take on the old-school Connecticut-style cigar, where silky smooth flavors are backed by the spicier tendencies of Nicaragua's hearty tobaccos.

The end result is a supremely balanced profile that can be enjoyed most any time of day. Expect a body just under medium, with smooth and mouthwatering flavors of sweet custard, aromatic flowers, white pepper, cream cheese, salted crackers, and honey. 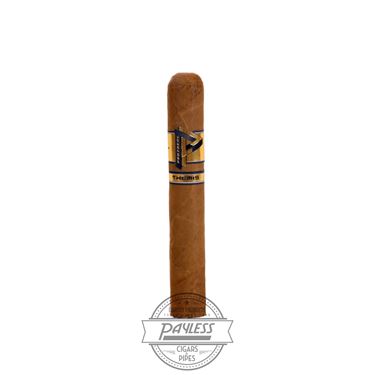