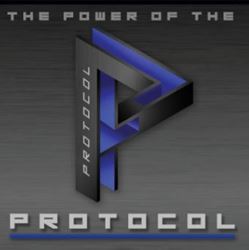 The original Protocol cigar (aka Protocol Habano, aka Protocol Blue Label) was introduced by boutique brand Cubariqueño Cigar Co. in 2015. When launched, the company showcased a humble offering of only two sizes (Robusto and Toro), packaged in craft-paper bundles in an effort to deliver as much value to the consumer as possible. The cigar's name was inspired by co-founders Juan Cancel and Bill Ives' backgrounds in law enforcement—a theme that has since carried over to Cubariqueño's full portfolio of cigars.

Today, Protocol remains one of the company's most popular offerings, showing a hefty, full body and loads of lip-smacking flavor! This is due, in part, to the cigar's origins, crafted in small batches at the sought-after La Zona factory in Estelí (of Espinosa Cigars fame). The cigars make use of an Ecuadorian Habano Oscuro wrapper, secured over a Nicaraguan Habano binder, and all-Nicaraguan fillers—including the blend's unique recipe of FOUR ligero leaves (the highest, most flavorful/intense tobacco priming) from Nicaragua's Jalapa and Estelí regions.

Smokers can expect a classic/Cubanesque profile with an added twist of nicotine kick! Flavors range from chocolate and sweet coffee, to crushed pepper, earth, caramel, and anise (through the retrohale).