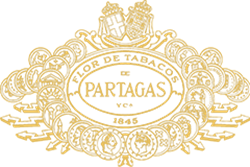 When Fidel Castro converted Cuba to a communist nation in 1959, he soon turned his attention to nationalizing private industry. In 1961, government officials entered the nation’s most prized cigar factories and seized control. This included revered cigar craftsman Ramón Cifuentes Toriello and his world-renowned Partagás factory in Havana. While Cifuentes was offered the job of overseeing all cigar factories and production in Cuba, he refused and consequently fled the country mere days later.

After patiently waiting years for Castro to be overthrown, providing a chance for Cifuentes and his family to return to their home in Cuba, Ramón sought vengeance by re-creating his prized Partagás brand outside of Cuba. The cigars showcased the same look and feel (it was his brand and design that had been stolen, after all), with a redesigned blend that Cifuentes later proclaimed “better than the original.”

Partagas cigars began manufacture in Jamaica in the 1970s, with production moving to the Dominican Republic soon thereafter. With Cifuentes at the helm, Domincan rollers were trained from scratch by Ramón himself, allowing for highly efficient production; as these torcedores would not carry over bad habits from previously learned, flawed techniques. Cifuentes secured Cuban-seed Dominican tobaccos and Mexican leaves for the new Partagas blend; he then utilized a Mexican San Andrés binder and the cigar’s prized ingredient—an African Cameroon wrapper. Cameroon produces one of the most sought-after wrapper leaves in the world, being rare, difficult to grow, and distinctly unique to their region. This leaf produces an unmistakably spicy/sweet characteristic that is often praised by aficionados.

The finalized Partagas blend has been a staple in humidors for decades now, offering a medium body and a signature profile of cabinet spices, toasted nuts, sweet cedar, and light-roast coffee—a preferred choice especially for morning and afternoon smoking sessions.