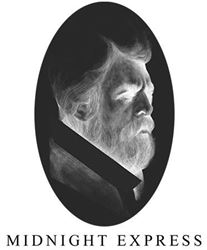 Midnight Express holds true to the brand's roots, showcasing a unique wrapper with both Ecuadorian and Brazilian ties. This wrapper is a Connecticut Arapiraca maduro hybrid, grown in Ecuador. A Dominican Habano leaf has been selected as the binder, and fillers are all Cuban-seed, being harvested from Nicaragua and the DR. On paper, it's a quite similar blend to the ES predecessor, save for the more sinister wrapper ingredient. This subtle tweak brings a dramatic shift in profile, showing hearty flavors of freshly tilled earth, dark spices, cocoa, dark-roast coffee beans, licorice, and leather.

Finesse meets brawn in this extraordinary display of maduro-fueled flavor for the hardened palate!