The La Galera 80th Anniversary sports a meaty Mexican San Andrés wrapper that gives the cigar a rich, chocolate flavor. Add to that a Dominican Corojo binder and filler tobaccos that consist of Piloto Cubano, Criollo '98, and Olor (all from the Dominican), and you are greeted with a well-balanced cigar that has a spice-forward profile and notes of coffee and rich fruit. 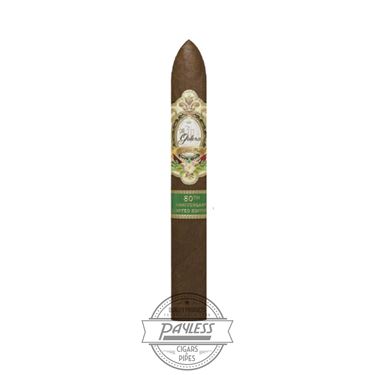