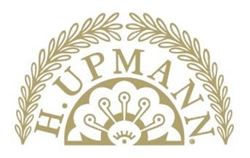 Upmann is not only one of the most recognized cigar names the world over, but among the oldest continuously produced brands in existence. H. Upmann was established in 1844—a statistic that is well known, as it is printed on nearly every H. Upmann cigar found in humidors today—created by banker Hermann Dietrich Upmann and his brother, August. Legend has it that Upmann began offering cigars to his most important banking clientele, eventually purchasing his own cigar factory in Havana and producing the cigars himself.

The H. Upmann name was passed down through the Upmann family lineage over the years, eventually being sold to Menéndez, García y Cía Co. (i.e. the makers of Montecristo) in 1937. As with all Cuban brands of the time, H. Upmann fell to the hands of communist takeover in 1960, forcing its owners to flee toward other tobacco-growing regions such as the Canary Islands and the Dominican Republic. The latter remains the origin of non-Cuban-made H. Upmann cigars to this day, now falling under the Altadis USA umbrella, where the cigars are rolled side by side with the likes of Montecristo and Romeo y Julieta, among others.

In addition to the Dominican Republic, H. Upmann cigars are now crafted in Nicaragua and occasionally Honduras, expanding the profile range of H. Upmann for a wide gamut of smoking palates. The cigars are known for offering a smooth and refined character, being fit for both celebratory smoking experiences and daily sessions with ease.