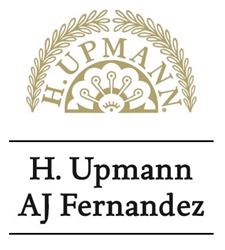 From the outset, it isn't hard to see the appeal for the H. Upmann AJ Fernandez cigar. On one hand you have H. Upmann, famously established in Cuba in 1844, going on to become one of the oldest continuously made cigars in the world. And then there's A.J. Fernández, coming onto the scene as an ambitious cigarmaker in the mid-2000s, quickly rising through the ranks to become, arguably, the most sought-after cigar talent in the world today.

With the H. Upmann AJ Fernandez cigar, parent company, Altadis USA, has given Fernández the keys to the kingdom, allowing him to showcase the prized H. Upmann experience from his unique perspective. Fernández opted for a diverse tobacco selection, including Dominican Piloto Cubano and Nicaraguan Criollo ‘98 fillers, a Corojo '99 binder, and a ruddy Ecuadorian Sumatra wrapper.

What does the H. Upmann AJ Fernandez cigar taste like?

Upmann AJ Fernandez cigar strikes a balance between A.J.'s full-bodied tendencies and H. Upmann's mild-medium finesse, landing in the medium to medium-plus body range. The cigars are balanced and offer a good range of complexity, including standout flavors of creamy honey, aromatic florals, roasted walnuts, and zesty cinnamon through the nostrils.