Gurkha Cigars has long been known for its luxury-style cigars, being high in expense, with lavish packaging. This all came about when founder and owner Kaizad Hansotia realized that there was room in the market for ultra-ultra-premium cigars during the 1990s cigar boom era. Most people balked at paying $17 dollars for a cigar, but this didn't stop Hansotia from revving his proverbial cigar engines and shooting for the moon. Gurkha has released cigars that cost in the six-figure range for a single box! But the company has since become known for releases in all price points, expanding outside the realm of flashy, ultra-luxury sticks. In the early 2000s, Gurkha began to produce cigars for the common man, focusing some energy into selling cigars at brick and mortar establishments.

The Gurkha Heritage is a great representation of where Gurkha is at today. Their portfolio consists largely of affordable cigars with intricate/luxurious packaging. The Heritage has an Ecuadorian Rosado Habano wrapper, a binder from Nicaragua, and filler tobaccos from the Dominican, Nicaragua, and Pennsylvania. This exciting blend brings notes of coffee, dark chocolate, cedar, black pepper, and spice. The Gurkha Heritage is a medium-bodied smoke with a medium strength output as well. 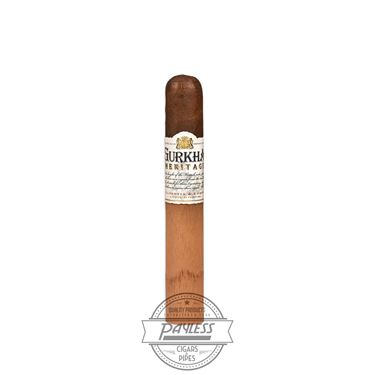 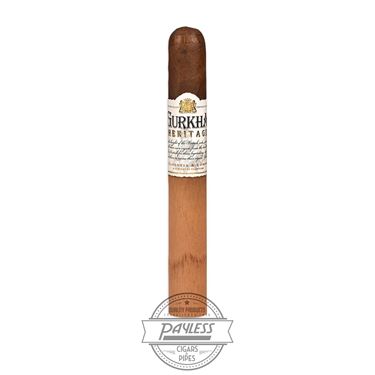