The father-son collaboration has now been succeeded with a lighter, Colorado-Shade blend known as Eiroa The First 20 Years Colorado. This is billed as the most premium brand in the C.L.E. portfolio, featuring premium packaging (including the cigar's signature rice paper-wrapped foot) and box-pressed vitolas.

The blend is Honduran through and through, using the Eiroa's famed "Authentic Corojo" in the filler and binder; which has been aged to a minimum of four years before being rolled. The finishing touch is a pristine Honduran Colorado wrapper, a leaf that Christian Eiroa has long sought to bring to life. The cigars showcase a medium body and a supreme balance of strength and flavor; displaying deep flavors of graham crackers, citrus, sourdough, and various cabinet spices (cinnamon, black pepper, nutmeg, and much more). 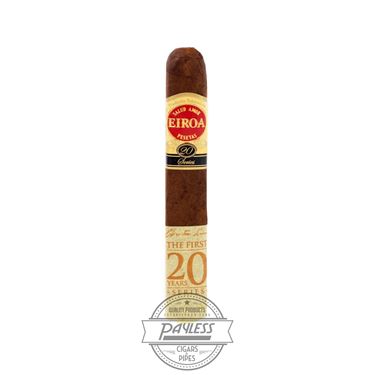