In 2016, Aganorsa Leaf (then Casa Fernandez) introduced a new line of cigars that would later serve as inspiration for the modernization of the entire company. This cigar is known as Guardian of the Farm, a unique collaboration between Max Fernández (of Aganorsa Leaf) and Kyle Gellis (of Warped Cigars). The cigars were made in response to an earlier collaboration of the same nature, where the two blenders collaborated to create the Warped Futuro, which was sold under Warped Cigars' banner.

For Guardian of the Farm, the concept revolves around the American Bulldogs used to patrol the boundless farms of Nicaragua, which grows the precious Aganorsa tobacco that the company has become lauded for. Each of the four sizes in the series has been named for Kyle and Max's dogs, including Apollo, JJ, Campeon, and Rambo. This is a much more clean and modernized look for Aganorsa Leaf, using Warped Cigars' influence to take on a look on par with the fan-favorite El Oso and La Colmena cigars.

Given full access to Aganorsa's vast collection of Nicaraguan tobaccos, Kyle and Max took full advantage, selecting a Corojo ’99 wrapper to be blended with other Nicaraguan varietals grown by the Fernández family and their Aganorsa farms. The result is a sophisticated puro that burns on par with high-grade Cuban tobacco. The cigars show a medium body and nuanced flavors of toasted nuts, sweet cedar, graham cracker, and loads of butter.

The Guardian of the Farm Apollo Selección de Warped cigar was selected as the No. 8 Cigar of the Year from Cigar Aficionado in 2017. 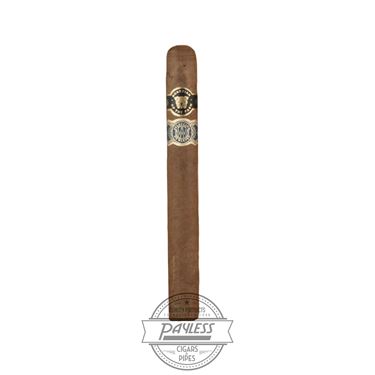 Guardian Of The Farm Campeon

Guardian Of The Farm JJ

Guardian Of The Farm Rambo