CAO ushers in an air of hot rod nostalgia with the brightly colored CAO Flathead. The award-winning cigar draws its name from the engine of the same name, which was used in automobiles prior to WWII and is still seen in custom hot rod circles. Cigar-wise, the company has cleverly incorporated the concept by rolling the cigars with a squared-off cap, helping to differentiate the blend from its round-headed neighbors in the humidor.

But the fun doesn't stop there, as CAO has named each individual cigar in the lineup after classic engine parts (V642 Piston, V770 Big Block, V554 Camshaft, etc.), banding each size in unique and brightly colored bands to give each size its own personal feel. The cigars are then packaged in highly customized boxes, where authentic machining techniques have been used to fabricate the cigar box lids. Each box lid is then painted using actual engine paint—it's an impressive display that is intended to be removed and hung on your own cigar lounge walls, etc. Finally, each box arrives with a collectible, pin-up girl flysheet that’s enclosed in the box.

But the real show-stopper is the cigar itself (as it should be)! CAO Flathead features a box-pressed shape, using a dark Connecticut Broadleaf wrapper, a Connecticut Habano binder, and fillers of Nicaraguan and Dominican ligero-priming leaves. This is a dark and fiery smoking experience with loads of character, including standout flavors of stone fruit, brown sugar, molasses, leather, and black pepper.

CAO Flathead earned the impressive title of Cigar Aficionado's No. 3 Cigar of the Year for 2015, awarded to the gordo-sized Flathead V660 Carb cigar. 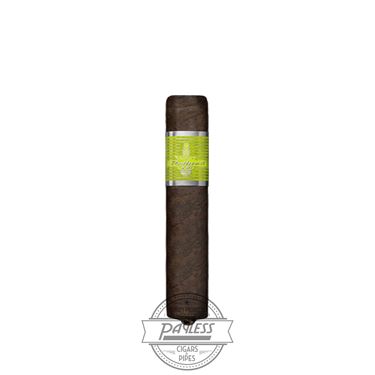 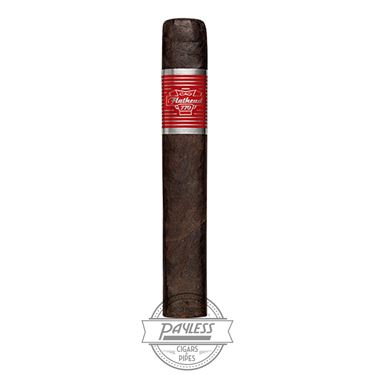