Camacho Cigars and Cigar Dojo partnered in 2017, with great success, to bring boutique cigar fanatics an exclusively distinct smoking experience. Bourbon, Beer, and all Maduro tobacco. Now, the Camacho Imperial Stout Barrel-Aged returns in 2019 with a limited quantity of 40,000 cigars.

The oak barrels utilized for this project originally housed and aged Kentucky bourbon, they were then transported to Denver to age an Imperial Stout craft beer, finally, the barrel’s last leg of the journey brought them to Camacho’s cigar factory in Danli, Honduras to take on the responsibility of aging Original Corojo tobacco.

The final product, based on Camacho’s renowned Triple Maduro blend with the added attributes imparted from the barrel-aging of the Original Corojo leaves, makes for a cigar that is a bold, complex, and sophisticated smoke. It kicks off with a punchy spice, which is later rounded out by loads of roasted malts, dark chocolate, and a touch of sweet vanilla and bourbon buzz in the retrohale. 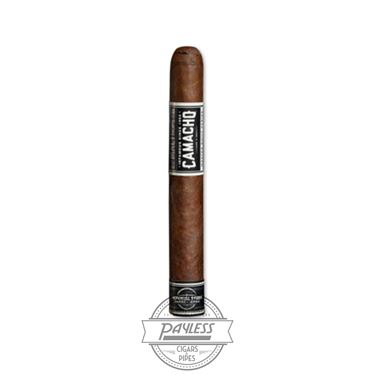