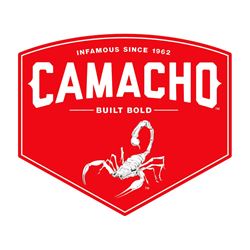 Camacho Corojo is the backbone of Camacho’s lineup of bold, everyday smoking experiences. The cigar is named for its use of 100% Original Corojo tobacco, grown and harvested in the Jamastran Valley of Honduras.

The story of Camacho’s Original Corojo dates back to the early 1940s, where Corojo was first developed in Cuba as the hybridization of Criollo and Indonesian Sumatra seed varietals. Corojo showcased its inherently bold, yet complex properties masterfully, offering the best Cuban cigars the world had ever smoked (marking what is often referred to as “Cuba’s heyday”).

Of course, every cigar story that begins in Cuba has the tragic parallel of loss and emigration, due to the unjust seizure of private industry from communist Cuban government in the early ‘60s. With the greatest Cuban cigar families scattering to find similar climates for tobacco growth outside Cuba, a handful of Corojo seeds were smuggled into Central America. These seeds were grown for 40 years in Jamastran, carefully grooming the harvests and allowing the seeds to adjust to the Honduran soil until the tobaccos best showcased the bold qualities of the respected Corojo name. Meanwhile, Cuba had further hybridized Corojo seeds into more resilient and profitable versions of the seed’s former glory, abandoning the seed that had aided in the legendary status of Cuban cigars.

In this way, Camacho is correct in saying, “The only thing more Cuban than a Cuban cigar is a Camacho Corojo.” This is the original seed, kept intact while the rest of the world transformed the seed for profitability, losing the unique properties of Original Corojo in the process…

Now, when we say Camacho Corojo is 100% Honduran Original Corojo, the blend begins to take new meaning. This is a fierce, fiery, and unmistakably rich smoking experience that offers the classic complexities of a traditional Cuban and the robust explosion of flavor for the modern day—‘nuff said.