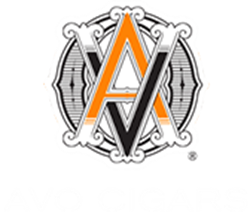 Fogata bout it! It's the unofficial slogan for the AVO Syncro Nicaragua Fogata, a mobster-inspired catchphrase that will undoubtedly be among the comments and hashtags of any post relating to the cigar.

Of course, the cigar has nothing to do with La Cosa Nostra culture, instead being inspired by the fiery characteristics of Nicaragua and its volcanic soil. AVO Syncro Nicaragua Fogata follows in the footsteps of 2015's AVO Syncro Nicaragua cigar, which introduced the Syncro series by showcasing supreme synchronization between multiple growing regions throughout the world.

Technically, fogata translates from Spanish to mean bonfire, which was not only one of Avo Uvezian’s favorite settings for smoking sessions, but a nod to the smoking performance to ensue. This fiery experience is brought on through the use of Nicaraguan visus and ligero leaves from the Condega and Estelí regions. These powerful ingredients are combined with a host of Dominican fillers, as well as a Mexican binder and a hearty Ecuadorian Habano 2000 wrapper. When combined, this recipe produces a medium-full to full body from start to finish, delivering exciting flavors of red pepper, freshly cut cedar, salted nuts, espresso, and a woody aroma that will transport the smoker to a campfire setting (complete with hardwoods crackling and a warm smoke enveloping the senses).