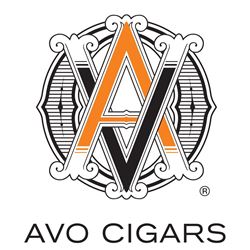 Avo Uvezian left behind quite an impressive legacy when he passed, on March 24, 2017, only days after celebrating a monumental 91st birthday. He had lived a fuller life than most can hope for! Being born into a family of musicians, it was only natural that Avo followed suit—becoming a professional jazz pianist at a very young age. Avo’s musical accomplishments include a stint as the pianist for the Shah of Iran, a student at the notorious Juilliard School in New York, performances with all-time great jazz musicians such as Teddy Wilson, and composer of the number one hit “Strangers in the Night” for Frank Sinatra!

Avo was introduced to premium cigars in the early ‘80s and saw an opportunity in the market. He would later team with legendary cigar craftsman, Hendrik “Henke” Kelner to produce the Avo Classic, among other popular blends. Despite the lengthy list of musical accomplishments, none of these would make Uvezian a millionaire—or a recognizable name across the globe, for that matter. No; fame would come years later when Davidoff acquired distribution rights to Avo’s eponymous cigar brand for an estimated $10 million.

Today, AVO Cigars represents the musical inspiration that Uvezian left behind - From the AVO perspective, it is the harmony that a refined smoking experience should bring to life’s most thrilling and spontaneous moments. AVO cigars offer luxurious and exotic experiences for both the everyman and the connoisseur, showcasing premium Dominican tobaccos at the core of each blend. Experience the full range of flavors from AVO, all meticulously blended to mimic the layered nuances one would expect from an orchestral performance. Yes - the cigars are that good!