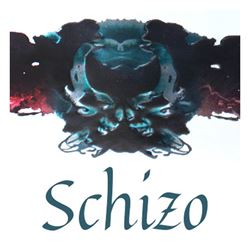 Schizo was one of the first brands to come from the joined talents of Tom Lazuka and Christian Eiroa—aka Asylum Cigars. Using the “insane” imagery that the brand invokes, Asylum Schizo features an abstract, Rorschach-inspired appearance.

Perhaps the idea is that you’d have to be insane not to buy these cigars, considering their unprecedented, low price points. Then again, perhaps it’s just a cool look and name concept… your call.

Asylum Schizo arrives in two formats: original (Asylum Schizo) and maduro. While each cigar is built on different core recipes and rolled in different locations, the blends share the strategy of affordability, using scraps from other premium Asylum brands in their construction. This technique is commonly known as the “Cuban sandwich,” where both long and short fillers are incorporated into the bunch. The curious thing is, had this information not been revealed, you’d most likely never know it—the construction is that good!

Combining the cigar’s unique construction with bundle packaging, Asylum Schizo is priced affordably enough to smoke one (or more) every. single. day!