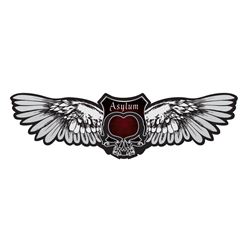 Escape the "asylum" of life's everyday stresses with Asylum Cigars.

Asylum Cigars is known as the reining champion in the realm of modern and unorthodox premium cigars. This is due to the brand's notorious advancements in large and ultra-large cigar formats, which always manage to maintain big flavor profiles and, more surprisingly, affordable price points.

The company benefits from the juxtaposition of owners Tom Lazuka and Christian Eiroa. Tom is proudly based out of Detroit, lending creativity and a fun and relatable face to the brand. Christian remains in Central America, ensuring every cigar meets the strict standards that he and his family have become renowned for.

In the cigar world, Asylum is considered a relatively young company, but it has proven itself time and time again since debuting in 2012. The cigars are backed by some of the most acclaimed artisans in the world of premium cigars because they always bring forward high-quality cigars that are consistent, but edgy flavor profiles for both new and experienced smokers really enjoy.