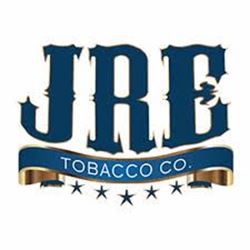 Since launching in. 2015, Aladino by JRE Tobacco Co. has been known as one of the best-kept secrets in the world of premium cigars. But as we all know, secrets can only be held for so long, and JRE's consecutive additions to the Aladino brand have made this beloved series increasingly approachable by a wide range of palates.

Case in point, the Aladino Cameroon, where the Eiroa family (owners of JRE Tobacco) have successfully transplanted the highly sought-after African Cameroon seed to their tobacco fields of Jamastran, Honduras. This farm has historically been known for its growth of authentic Corojo seeds from Cuba's heyday throughout the 1940s to 1960s. But the Eiroas began experimenting with Cameroon at roughly the same time they launched JRE Tobacco in 2015. These seeds began producing wrapper-grade tobacco after three years, and the leaves were then baled and left to age for the following two years. This tobacco is now showcased for the first time on the Aladino Cameroon, showcasing the now-legendary Aladino core blend with a twist!