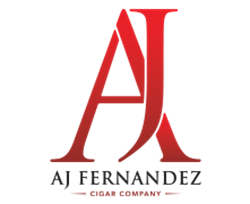 In 2010, A.J. introduced the now-famous San Lotano cigar brand—the cigar that officially put A.J.'s own company (AJF Cigar Co.) on the map. San Lotano was a pre-Castro-era brand made by Abdel's grandfather (Andres Fernandez) in the family's hometown of San Luis, Cuba. In 2011, AJ Fernandez Cigar Company showcased the San Lotano Oval, a uniquely shaped vitola that went on to win the #2 Cigar of the Year (Cigar Journal) and placed within Cigar Aficionado's coveted Top 25 Cigars of the Year for 2012.

Today, A.J's tobaccos can be found throughout many of the most popular cigar brands, as well as updated versions of time-honored names such as Hoyo de Monterrey, H. Upmann, and Montecristo—each of which feature modernized blends crafted by A.J. at his factory in Estelí. It's safe to say, if A.J. is involved, you can be assured you're smoking the best!