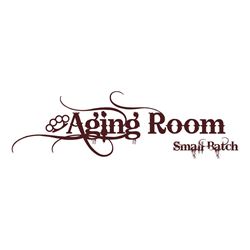 For the die-hard cigar fanatic, the aging room is the metaphorical “Tabernacle” of any given cigar factory—that is, the resting place of their most “holy” possessions… i.e. the cigars! Most enthusiasts will, of course, maintain their own “aging room” for further development of a cigar’s ultimate potential, but it is the original aging room of the factory where freshly rolled tobaccos are first introduced and subsequently meld into the premium smoking experiences we so desire.

This is the focus of Aging Room Cigars, the most premium division of parent company Boutique Blends Cigars. While the brand has existed in one form or another since 1996, during the heart of the great cigar boom, it wasn’t until recently that the brand became a household name for cigar enthusiasts. This began with the naming of the Aging Room M356 as Cigar Aficionado’s #16 Cigar of the Year for 2011. This was only a sign of what would come, as the brand continued to build and, in 2013 was named Cigar Aficionado’s #2 Cigar of the Year with the Aging Room Quattro F55—marking the figurative Cigar of the Year for the American market (as the #1 cigar was Cuban).

Aging Room has showed no signs of slowing, now containing a whopping seven blends under their highly selective portfolio. With a focus on boutique quality, aged tobaccos, and progressive flavor profiles for the connoisseur, Aging Room Cigars has their bases covered—offering smoking experiences for every palate.

Aging Room Bin No. 2 B Minor