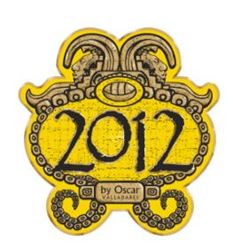 The 2012 by Oscar Corojo is signified by a bright orange and black design, featuring heavy inks of Mayan-inspired engravings. The blend is perhaps the strongest of the bunch, showcasing entirely Central American tobaccos; including a Honduran Corojo wrapper, Nicaraguan binder, and fillers of Nicaragua and Honduras. This combination produces a medium/full body and a spicy profile of black pepper, earth, cedar, mountain pine, and raw clove. In addition, 2012 by Oscar marks the first box-pressed cigars from Oscar Valladares Tobacco & Co. to date, allowing for the blend of tobaccos to better marry and create a more synergistic smoking experience. 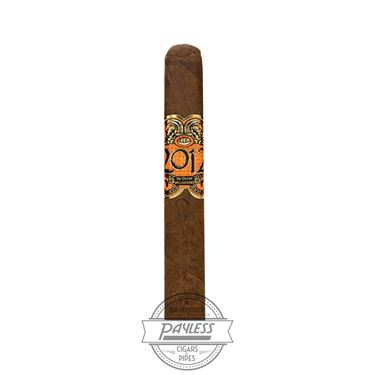