Oscar Valladares Tobacco & Co. first debuted in 2012. Appropriately, the company's first brand was dubbed 2012 by Oscar, simultaneously commemorating their founding, while also paying tribute to the Mayan culture of Honduras (as Oscar Valladares is based in Danlí, Honduras) and their infamous calendar, which predicted 2012 as the end of the world.

Needless to say, the world did not end, so far as we know... (this is beginning to sound like a LOST theory). But this didn't stop Oscar from continuing the 2012 by Oscar series, since growing from the original three blends to now include a twisted barber pole variant: 2012 by Oscar Barber Pole.

Q: What does the 2012 by Oscar Barber Pole cigar taste like?

A: Wrapped in both Mexican San Andrés maduro and candela tobaccos, the 2012 by Oscar Barber Pole cigar boasts a Nicaraguan binder and fillers of Nicaragua and Honduras. This Central American concoction produces a medium body and atypical flavors that progress beautifully from start to finish. This includes standout characteristics of zesty pepper, mineral-rich earth, lemon grass, sage, and a lip-smacking tanginess. 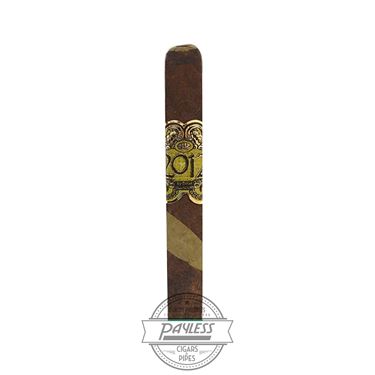